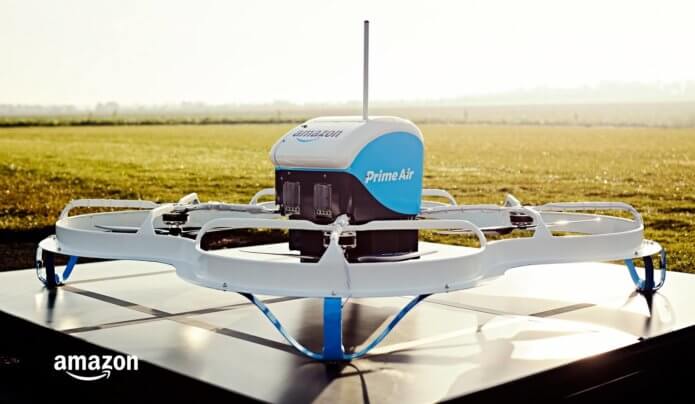 Delivery by drone has been getting a lot of media buzz for the past couple of years. This article explores the latest developments on drone delivery and what’s at stake from consumer and industry perspective.

Having recently worked on a project in Shenzhen, home to the largest drone manufacturers and thousands of square meters of retail space dedicated to selling commercial drones, I’m intrigued by one question: when will B2C deliveries by drone become the standard?

Before diving into the latest developments in drone delivery, let’s explore the benefits of currently available ultra-fast delivery for consumers. In a recent study, 55% of respondents said they would like retailers to offer one-hour delivery services in metropolitan areas (MetaPack, Global Consumer Report 2018). Two thirds of these 55% are Millennials, the most likely consumers to request ultra-fast delivery.

However, availability of this service remains scarce and limited to larger cities (see here for a more detailed study of this topic).  Farfetch, for example, offers delivery from stores within 90 minutes in 10 cities globally. Amazon guarantees 2-hour delivery for selected articles and groceries through its PrimeNow programme.

At the same time,  more than 50% of US consumers say they would not be willing to pay over $5 for the delivery. This is a challenge for e-tailers: in addition to operationally managing ultra-fast shipments, last mile costs for currently available delivery methods are very high. 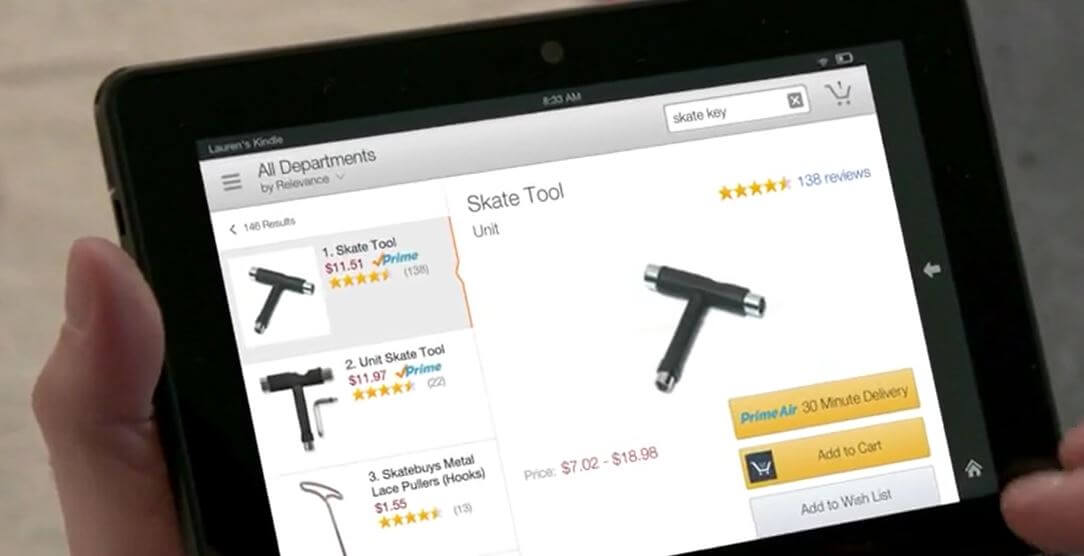 Drone Delivery Has Outgrown Infancy in 2019

Amazon founder Jeff Bezos predicted in 2013 that drones would be making deliveries by 2018 and the first Amazon parcel was indeed delivered to a customer by drone in 2016. Whilst scaling up the pilot is possible from a technology perspective, it’s air traffic control regulations that have stalled further commercialisation. In light of the current discussions around the autopilot in Tesla’s cars, we can imagine the difficulties inherent in creating a collision avoidance system for unmanned drones moving in vertical space.

But things may change in 2019. Drone Company Wing, part of Alphabet/Google, has just received regulatory approval to make drone deliveries in Australia. US authorities have followed suit by granting Wing approval as a commercial airline in the US.

Whilst they’re not the first drone company around, the 3000 parcels delivered from fast food restaurants and retailers give Wing an advantage over competitors. A cable winch attached to the drone facilitates picking up standardised packages. This eliminates the need for a dedicated starting and landing field and thus makes direct deliveries from a shop to the consumer possible. Lead times have been reduced substantially: the time from completing an order to its delivery is down to 15 minutes, depending on the customer’s location (see video above for more details). Wing is about to expand their pilot to the US (Virginia) and Finland (Helsinki) ­– a strong sign of confidence. 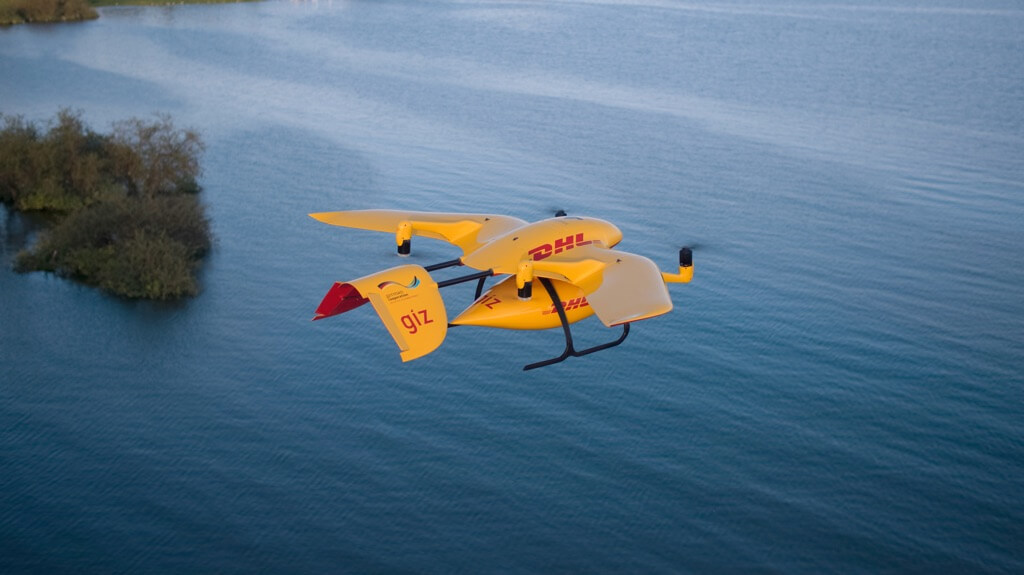 Other drone initiatives focus on speeding up the existing supply-chain of logistics service providers. DHL’s Parcelcopter picks up and delivers parcels from specific parcel stations, which can be placed in remote ‘hard-to-reach’ areas. Deutsche Telekom and DFS (German Air Traffic Control) have just announced the launch of joint venture Droniq, which is expected to focus on addressing the challenge of overcoming the regulatory burden of unsupervised air traffic. I’ve reached out to air traffic control authorities for this article, and they have confirmed that Droniq has the potential to significantly boost unmanned deliveries in Europe.

The Economics Speak for Drones

Current load rates of 2-5kg are sufficient to carry most parcels already. From a fashion brand perspective: two pairs of women’s jeans and two shirts have a combined weight of around 1.4kg. However, the necessarily standardised box size limits the maximum shipping volume, not allowing for larger items such as boots or large orders. The range of drone delivery can differ widely. It depends largely on the cargo load, as drones are powered by batteries. Most current smaller delivery models focus on round trips of around 10-15km. Larger drones like DHL’s Parcelcopter can cover a maximum distance of 65km in under 30 minutes.

Whilst estimates for delivery cost per parcel range from a few cents to several dollars, Amazon targets drone deliveries to cost 1$ per parcel. This is only a fraction of the costs of a bike courier and about half to a third of what a last mile delivery robot costs. The price difference becomes even more significant when considering Sunday or late evening deliveries, which currently amount to twice the cost in many countries due to the labour cost surcharges.

Considering both, range and price per parcel, drones have the potential to transform logistics over the next years. First, instant drone delivery can be offered at almost no cost, meeting consumer demand for speed and price. Second, higher range drones will allow instant shipping to more remote rural areas, providing service levels currently only available in metropolitan areas. And third, instant deliveries can be fulfilled late in the evening or on Sundays given that the delivery is autonomous and does not involve human labour. 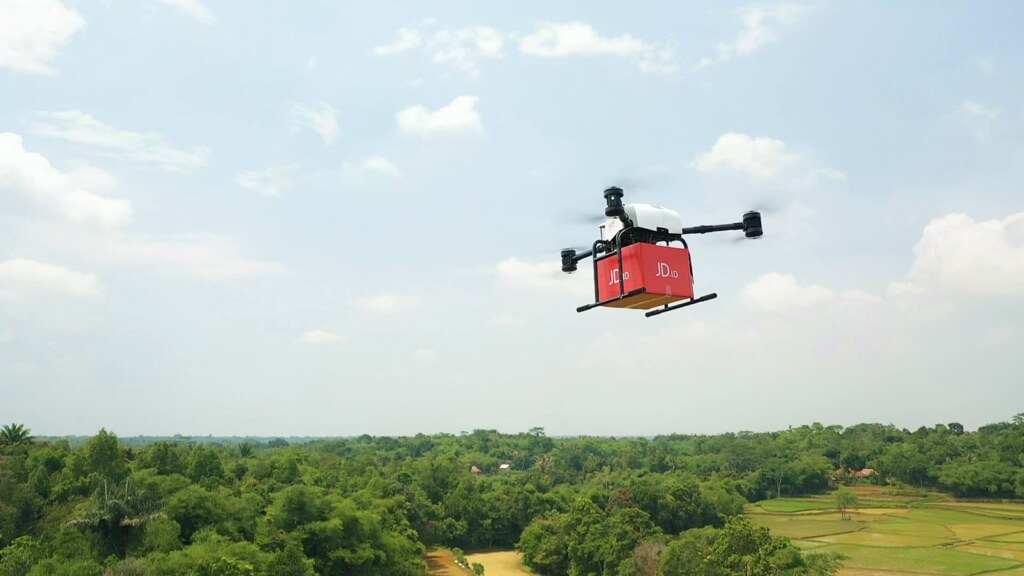 When Will Drone Delivery become Mainstream?

However, the potential benefits of offering faster deliveries at lower costs to customers will accelerate further development on solving the regulatory challenges that drone delivery faces. Brands that are currently looking into changing their supply-chain strategy are well-advised to keep drone deliveries in mind when planning their distribution hubs of the future. Also, staying flexible enough to allow for several logistics service providers on the last mile will be an advantage when starting the first drone deliveries to consumers.

Maximilian Gellert is passionate about transforming digital technologies into pragmatic every-day solutions for retailers. Combining consulting experience with industry functions in premium apparel and online grocery, he supports retailers and etailers in their digital challenges and last mile innovation. Read more of his work here or connect with him on LinkedIn.

Last Mile Innovation in the Netherlands in 2022: How the Country of Bicycles Transforms Last Mile Delivery