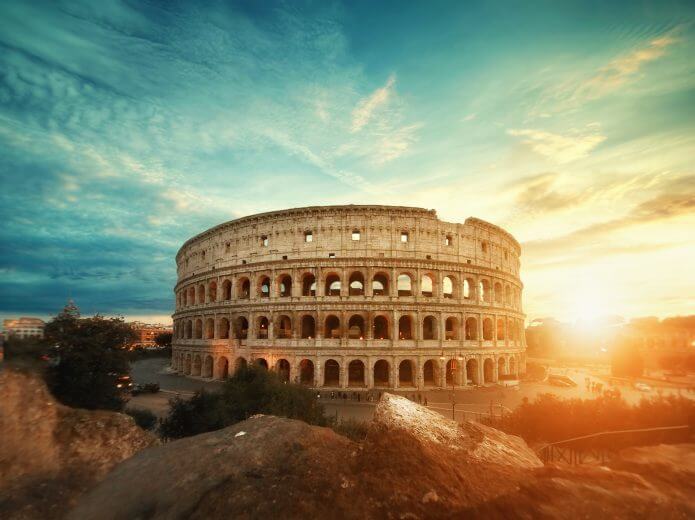 In the recent past, market expansion experts would hardly have considered Italy their flavor of the day. Is Italy on track to becoming a hot market again?

While Italy was suffering from its weak economy, more attractive markets rose on the wishlist of international brands and retailers. Matters may not have fundamentally changed, but the ongoing economic recovery combined with the improving consumer and business confidence has certainly helped move the potential of Italian market expansion in a much more promising direction. Additionally, several important shopping center developments have been completed in the meantime. 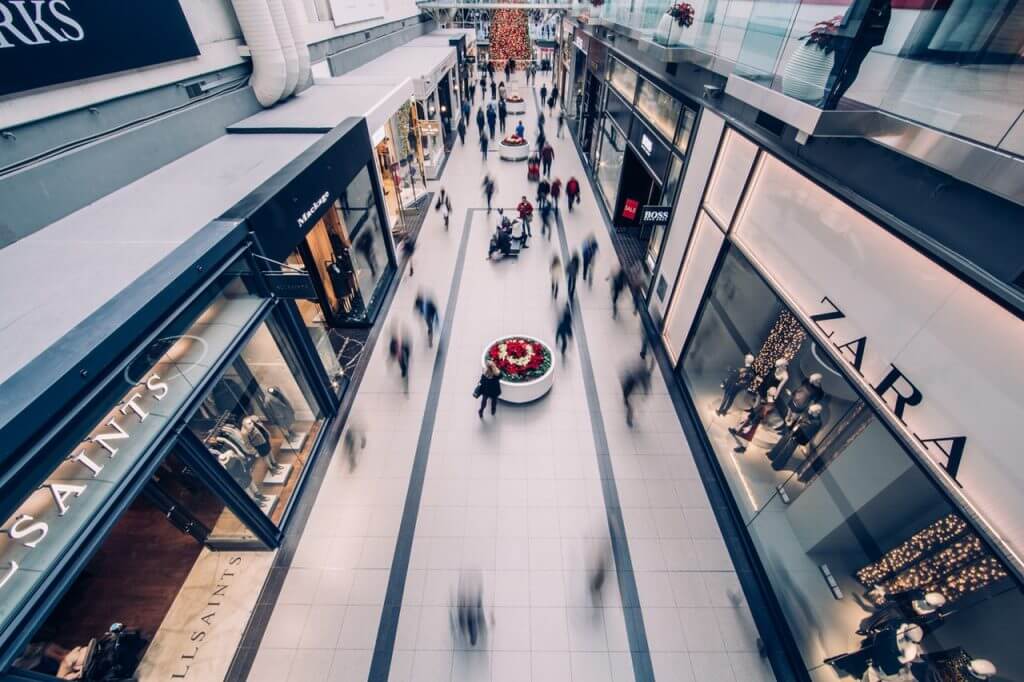 Shopping Centers on the Rise

Cushman & Wakefield’s recent report ‘European Shopping Centres: The Development Story’ shows that shopping center development across Europe has slowed down over the twelve months preceding June 2017. That is, by 11% in comparison to H1 2016 across Europe as a whole, respectively by as much as 34% across Western European countries alone.

Italy, however, has been the most active development market in that period and has contributed 107,000 sq.m of new shopping center space of a total of 1.2 million sq.m. ECE’s Adigeo Centre in Verona with 47,000 sq.m of new space was the most significant opening in the first six months of 2017. The second half of 2017 saw another significant shopping center opening in Italy, the Nichelino Mondojuve in Turin with 40,000 sq.m. 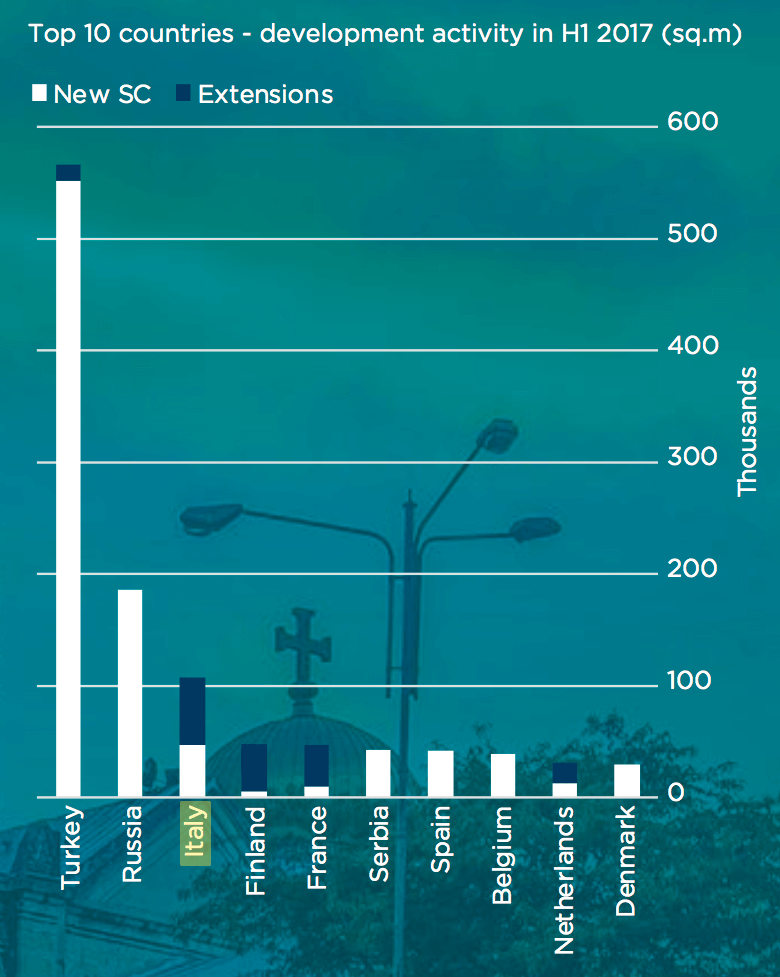 Shopping center development in the first half of 2017 (graphic: Cushman & Wakefield)

International brands and retailers are not only attracted by new retail shopping centers but are also keen on selecting inner-city locations for new key outlets.

Also Lush, who offer fresh and handmade cosmetics, continues its Italian market expansion, opening its yet largest store in Italy in the historic district of Rome. 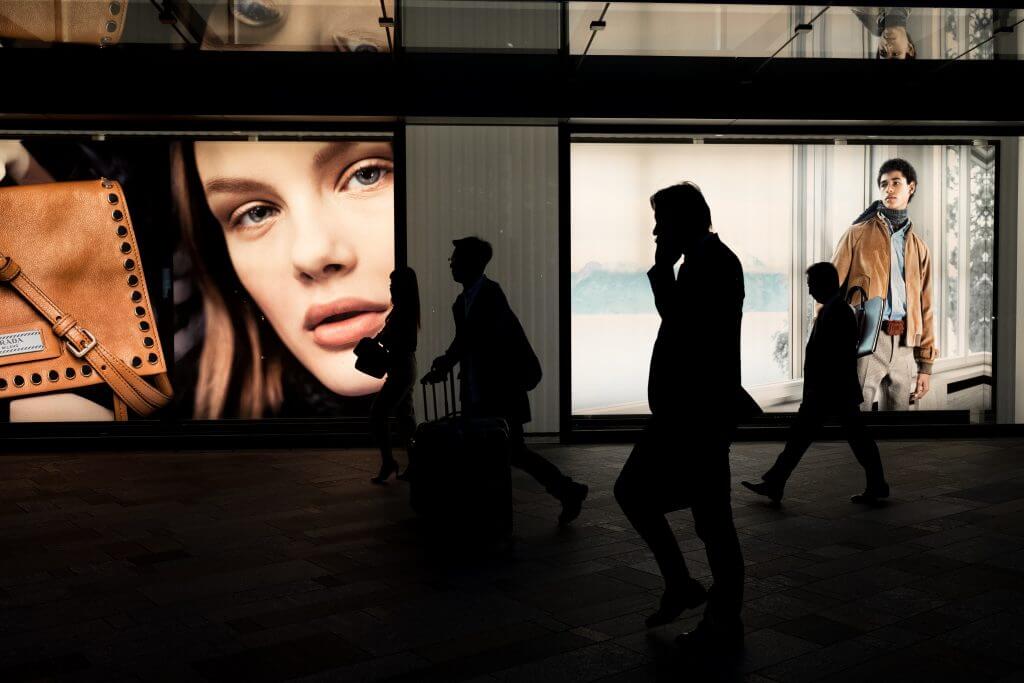 Italy, the Country of High Fashion?

No doubt, Italy is known as one of the high fashion countries, and as the birthplace of many internationally known luxury fashion and lifestyle brands. But at the same time, the country of ‘Alta Moda’ is attracting an increasing number of discounters to compete with local key retailers such as OVS, Conbipel or Piazza Italia.

The fashion discounters NKD, C&A and Takko have entered the market from 2006 onwards and are currently offering a considerable store network, mainly in the north of Italy. And since this October, KIK too is saying buongiorno to Italia.

Italy is the ninth country KIK has expanded to, and the first Southern European country for the German retailer. The first three Italian stores opened within six weeks, testing three different regions across the north of Italy: Venetia, Lombardy and Trentino-Alto Adige.

They plan to open 25 stores a year and thus count on Italy as the demand for more affordable fashion has increased in recent years. Not only German discounters have their eye on Italy; Irish giant Primark is already running four Italian outlets and continues on its expansion course. 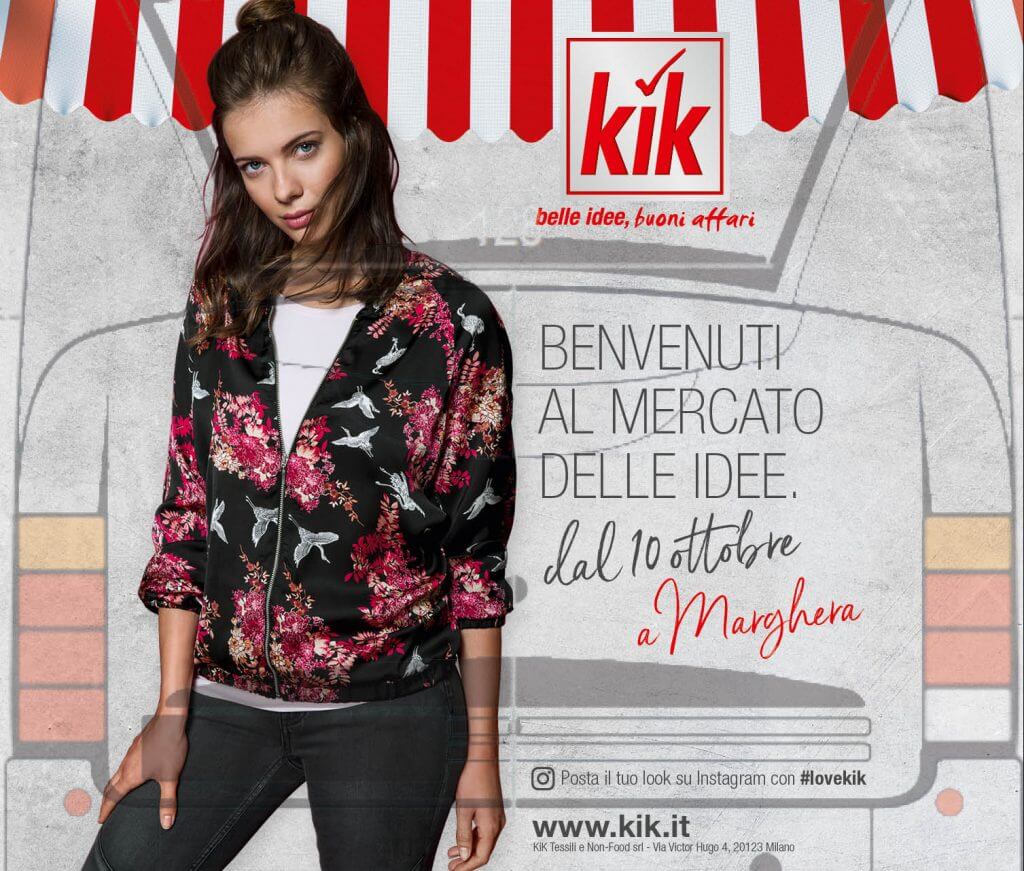 This trend in discount fashion mirrors similar developments in the food sector. Lidl, for instance, has been present in Italy since 1992 and is running around 600 outlets there. It should be interesting to observe how this development moves ahead, especially with Aldi Süd’s intention to take up operations in Italy in 2018 too.

What to consider when considering Italy?

When taking up business in Italy, many companies begin by focussing on the northern part of Italy, which is not only the wealthier part of the country but may also be the most obvious option for logistical reasons.

One strategy to find out which region and location might be the best fit for the Italian market expansion of your business model is to start with a handful of stores in different sizes, locations and regions. Another option is to chose a metropolitan zone of one region, such as the province of Milan with more than 2,3 mn inhabitants, and to focus on that first, including the peripheral area.

I’m looking forward – both as a consumer and as a strategist – to see the impact of these changes in the months ahead.

Isabell Guidastri has worked with brands on their local and global brand distribution strategies, including many well-known global retail and branding powerhouses. She supports brands in their expansion and helps them find their footing in new markets. Traditional wholesale in Germany, brand distribution New Zealand and Australia, or franchise in Turkey are just a few of her recent virtual project travels. But above all, Italy and the challenges of Italian market expansion are her great love, since marrying an Italian and now commuting between Germany and Modena, Italy – home of fast cars and slow food. You can best reach her via email or read more of her work here.

Store Operations Excellence: Why All That Glitters Is Not Gold