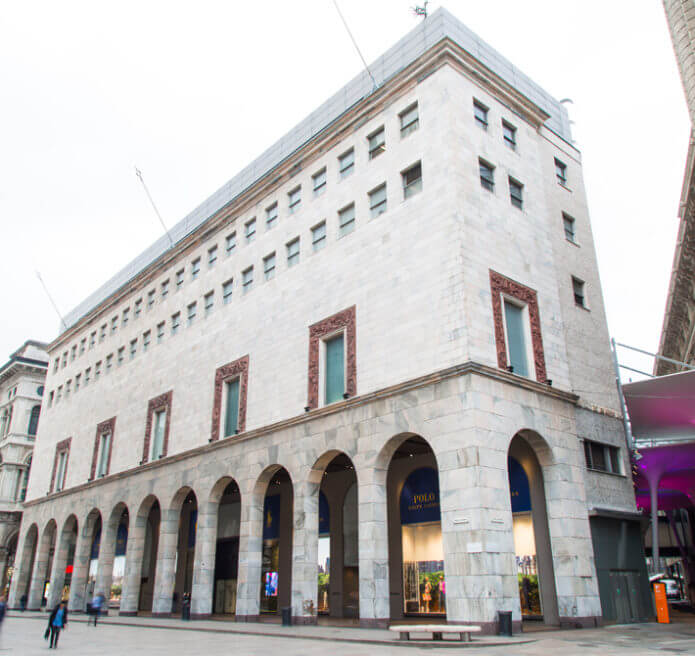 Department Stores in Italy went through structural changes and the perspective for brand distribution changed – we take a closer look at the current status.

It’s no secret that department stores in Italy are not considered per se to be the most innovative and successful retail channel these days. It’s also the case in France and Germany – with the increasing role of vertical chains like Inditex or H&M and the ambitious brands who were growing retail, department stores became the long time losers. “Twenty years investment backlog” was still one of the nicer descriptions at the beginning of this century, but Italian department stores have emerged from the ashes and attracted more consumers and investors recently and it is the Far East players who have caused major changes.

With the news that Chinese distributor Canudilo (who also owns 51% of Bikkembergs) intends to buy the luxury department store Excelsior Milan for more than $12 million from Coin group, the development of department stores in Italy was once again put into the spotlight.

Excelsior Milan only launched in 2011 and was positioned as an upscale luxury shopping temple, with an innovative selection and presentation of fashion, design, cosmetics and gastronomy. The creative concept behind it was mainly developed by Antonia Giacinti (who was also appointed fashion director), who had the task of applying the success model of her own specialist boutique Antonia, onto this department store.

The plan now is that Excelsior Milano will continue to be managed by her as well as by her husband Maurizio Purificato. Furthermore, they both will support the new owner who aims to open five stores in China by 2020, thus exporting their department store concept to Asia.

With the departure of Excelsior – the flagship department store in Coin Group’s portfolio – they leave the luxury market and will return their focus onto the mainstream department store portfolio items consisting of Coin and UPIM. With its so called ‘contemporary department stores’, Coin offer medium to upper range assortments with a growing number of shop-in-shops and corners featuring national and international brands. In around 80 POSs more than 500 brands, mainly operated as concessions are sold, including international players such as Boss, Gerry Weber, Levis, Polo Ralph Lauren, Superdry, Tommy Hilfiger, Calvin Klein etc. UPIM, which was bought from La Rinascente Group in 2010, is also offering apparel, home and beauty products in the mid market to premium segment.

La Rinascente is the other key player in the department store market, currently running 12 upscale stores on the peninsula. La Rinascente Milano recently won the award for “The Best Department Store in the World 2016” at the global department store summit in Zurich. The key driver for that success is its innovative concept and exceptional performance. The award is a milestone and certainly a sign that department stores in Italy have progressed to also be key players on the global stage.

Having been sold to a group of investors in 2005, La Rinascente kicked off its new up-trading strategy and started an extensive restructuring and renovating process of the stores. When it was taken-over by the potent Thai Central Retail Corporation – a major investor in department store business – in 2011, La Rinascente’s position was strengthened. Furthermore, with the help of the Thais, La Rinascente embarked upon an international shopping mission to put together a genuine ‘collection of stores’. These included the traditional department store Illum in Copenhagen in 2013 and the German KaDeWe Group in 2015. The development is in many ways a recognition of Italy’s alignment with international standards.

A major driver of change in the Italian department store market is the increasing retail spending by tourists. International tourists in Italy spent €37 billion in retail in 2015 and the trend is rising (source: Statista). With intense competition for this spending, many only mediocre Italian brands were pushed out of the department stores and brand distribution in Italy noticeably changed.

As attractive as the concession model looks, brands must be careful with the contracts and the commercial details of the contract. Many international brands have spent a fortune on unfavourable Italian concession terms even the most experienced brands been caught out and lost a fortune on contracts with unfavourable terms. We have seen global jeans wear brands signing agreements for 16 sq. m and committing to providing 2 full time sales persons. To break-even with a contract like that, sales of €87,000 per sq. m would be needed.

So to build your brand in Italy, it is essential to understand the mechanics of concessions. If you consider that brand sales and key account managers mostly grew up in traditional wholesale models, retail experience is of significant value. It is not only selling those spaces with good financial terms, but also managing the space throughout the year. So with this in mind, it may be a good idea to grow the Italian brand distribution with a strong local partner.

Getting Brand Distribution in Italy Balanced

Changes in the department stores in Italy are still in progress. ‘La grande dame’, Galeries Lafayette is going to become the anchor tenant in the mega shopping centre project Westfield Milan. The French department store sells the majority of brands through concession arrangements and is supposed to open it’s Italian flagship store of 18,000 sq. m by 2019.

The department store market is going to become more attractive in Italy, but also more competitive. Westfield’s new development certainly takes a different approach than what has been seen in Italy to date. Be prepared for the French icon Lafayette to attract more brands who are looking for a point of difference in Italy. More brand stores offering a wider range of brands in turns guarantees Italian shoppers will be curious, but international shoppers will come too, for the same reason.

I’m looking forward – both as a consumer and a strategist – to see the impact of these changes in the months ahead. Key will be to see if and how new international investors are able to successfully implement global best practices in the Italian market.

Isabell Guidastri has worked most of her professional life with brands on their local & global brand distribution strategies, including with many well-known global powerhouses in branding & retail. Retail in Brazil, franchise in Turkey or traditional wholesale in Germany were just some of her virtual project travels in the last 24 months. But above all, the challenges of Italy are her great love, since marrying an Italian and now commuting between Germany and Modena, Italy – home of fast cars and slow food. Contact her by email for more information and further discussion on your favourite country and distribution strategy, or see more from her here.