Global Brands in India look back on a  history spanning more than 150 years. What success factors can today’s brands learn from the earlier waves of brand expansion to the subcontinent? 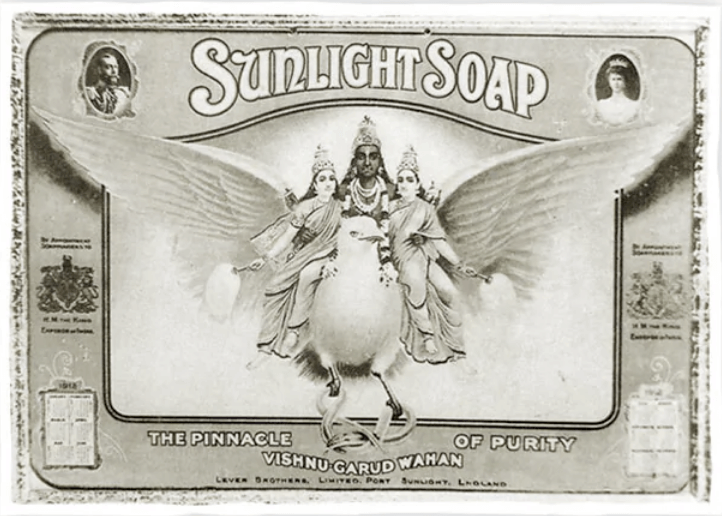 A few companies were set up by British entrepreneurs to specifically serve the needs of the British presence in India; that included Dyer Meakin (now Mohan Meakin) and Britannia Industries. Most of these continue as some of the most successful consumer product companies in India (food & non-food FMCG, and other consumer goods) with dozens of eponymous brands that remain relevant for the burgeoning Indian consuming class and create extraordinary value for their current shareholders. 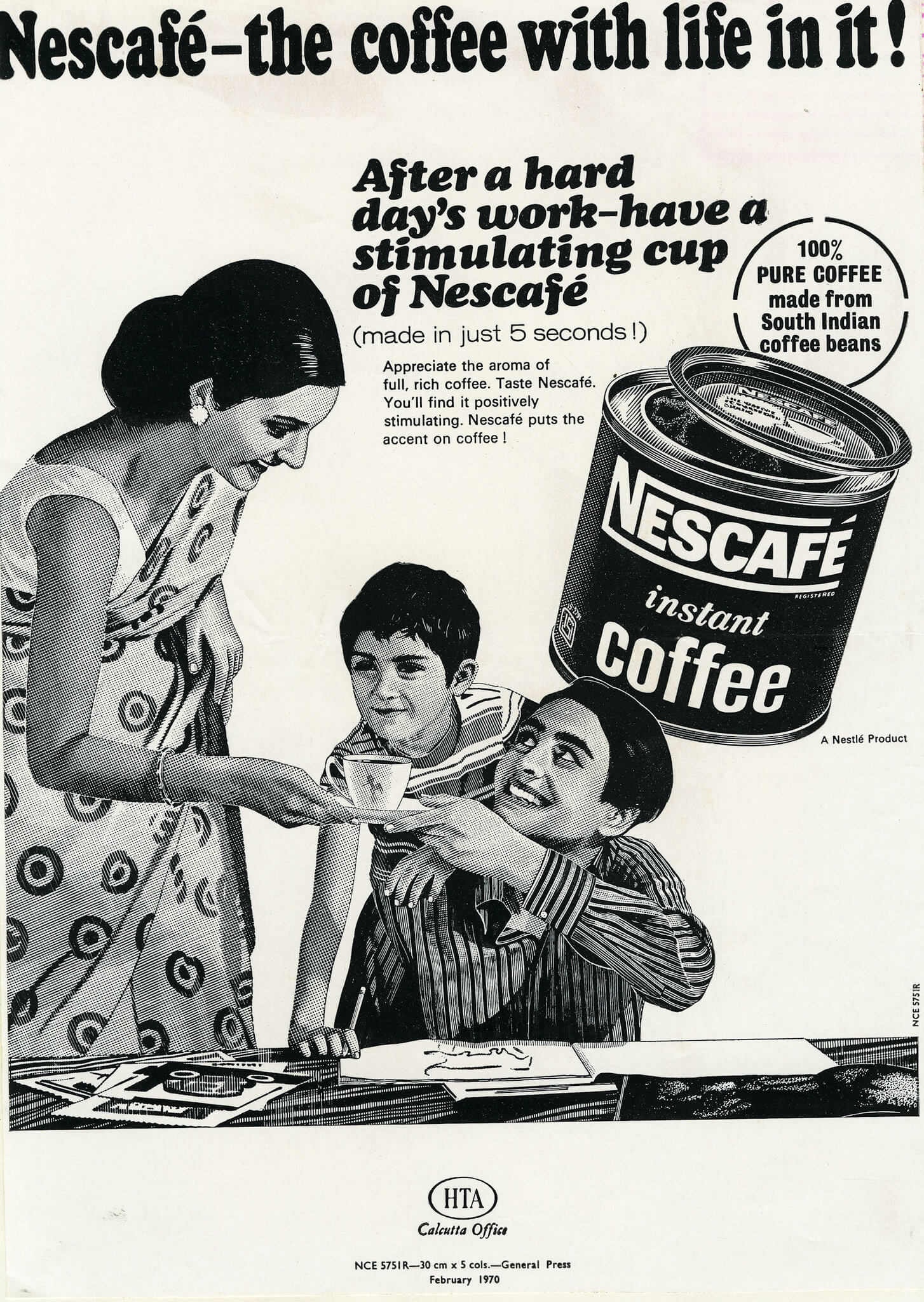 Some (e.g. Hindustan Unilever, Colgate Palmolive, Nestle, Bata, Cadbury, and Britannia) remain their category leaders by some distance in terms of revenues, profitability, and market capitalisation. For the purpose of this article, let us set the closing year for this timeline as 1991. That’s when India embarked upon a series of actions that are collectively known to mark the beginning of a new phase of serious liberalisation of the Indian economy.

The performance of this group of new entrants (or re-entrants) is a very mixed bag to say the least. Some, such as Carrefour, have already exited India after failing to make a mark.

The third timeline is the current one, which has seen a big entry of new brands not only from Europe and the USA but also from Korea, Japan, and China. The European majors include Inditex (Zara & Massimo Dutti), H&M, and Ikea; the USA based include Gap and Starbucks; the Japanese include Miniso (and early next month, Uniqlo); and the Chinese are led by their consumer electronics companies such as Xiaomi and Oppo. A big majority of these new entrants have gotten off to a very promising start. Others (such as Seven Eleven) are waiting in the wings to start operations and hopefully, they will do well too. 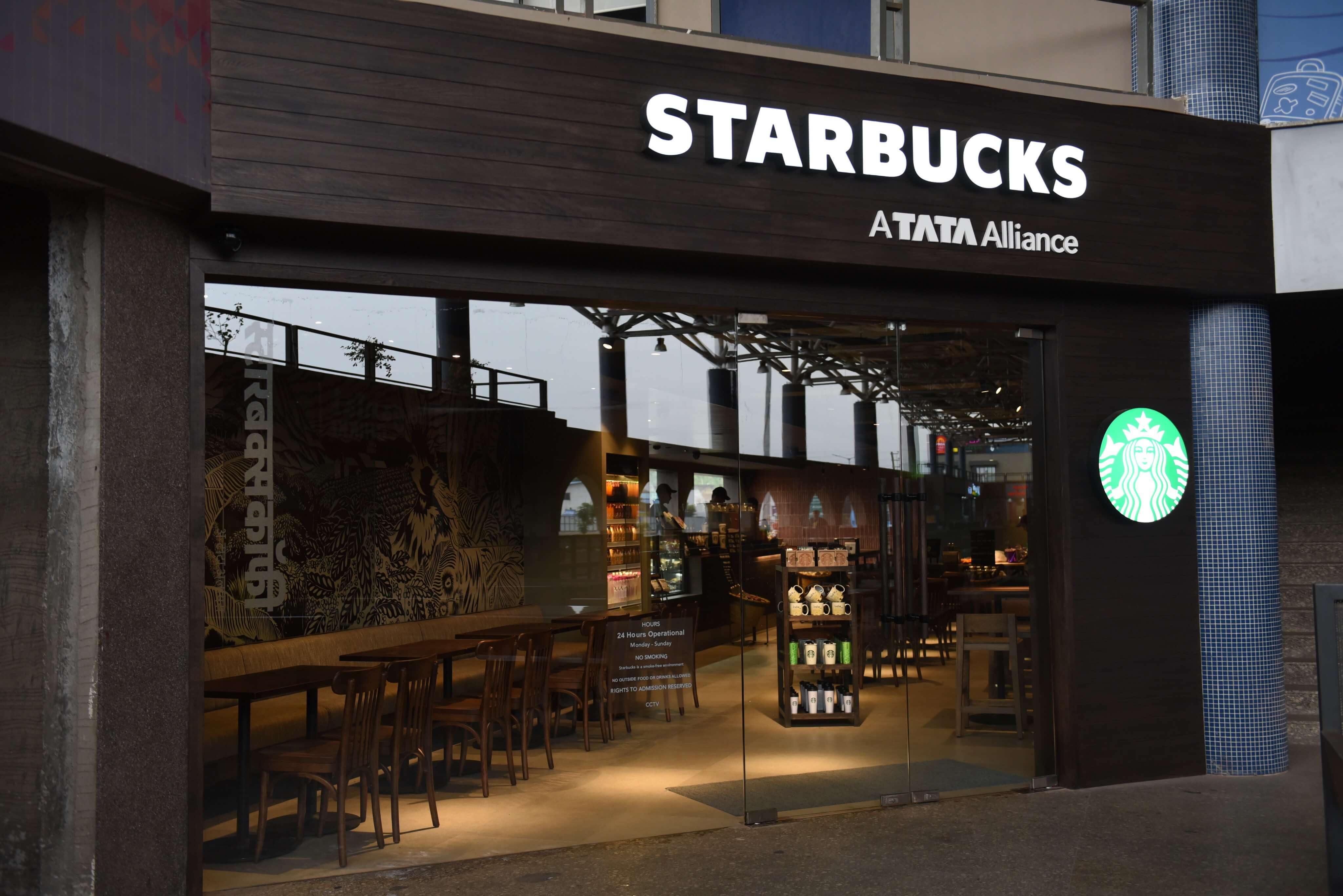 From this very large and diverse group of international brands, and over this very long timeline spanning more than 150 years, what are the key success factors that transcend the country of origin, the product category, and the duration of their presence in India?

Understanding How India Is Unique

The first nearly universal factor for succeeding in India is to have an acknowledgment in the respective headquarters (of such global companies) that India should be evaluated on its own and that there are practically no surrogates to learn much from anywhere in the world.

While most international managers do understand that India is a complex market, the sheer magnitude of its complexity (and diversity) is understood only by few. This complexity and diversity is not only limited to demographics, religion, and income strata, but also includes behavioural nuances, current and emerging aspirations, and social mores.

A series of flying visits to India (and those too usually limited to Mumbai and Delhi), followed up by a plain vanilla market (and legal) research and a few anecdotal ‘first-hand’ interactions with acquaintances in India is not enough to base an entry strategy on. At best, such investigation can be useful in taking a ‘Go – No Go’ decision relating to entering India.

If the initial decision is ‘Go’, however, it needs to be followed up with a serious effort in developing an appropriate strategy along with the appropriate timelines, budgets, business organisation for India, and desired alliances or partnerships with businesses operating in the relevant ecosystem. This effort can take years as has been the case with companies such as Ikea, Xiaomi, and Uniqlo. 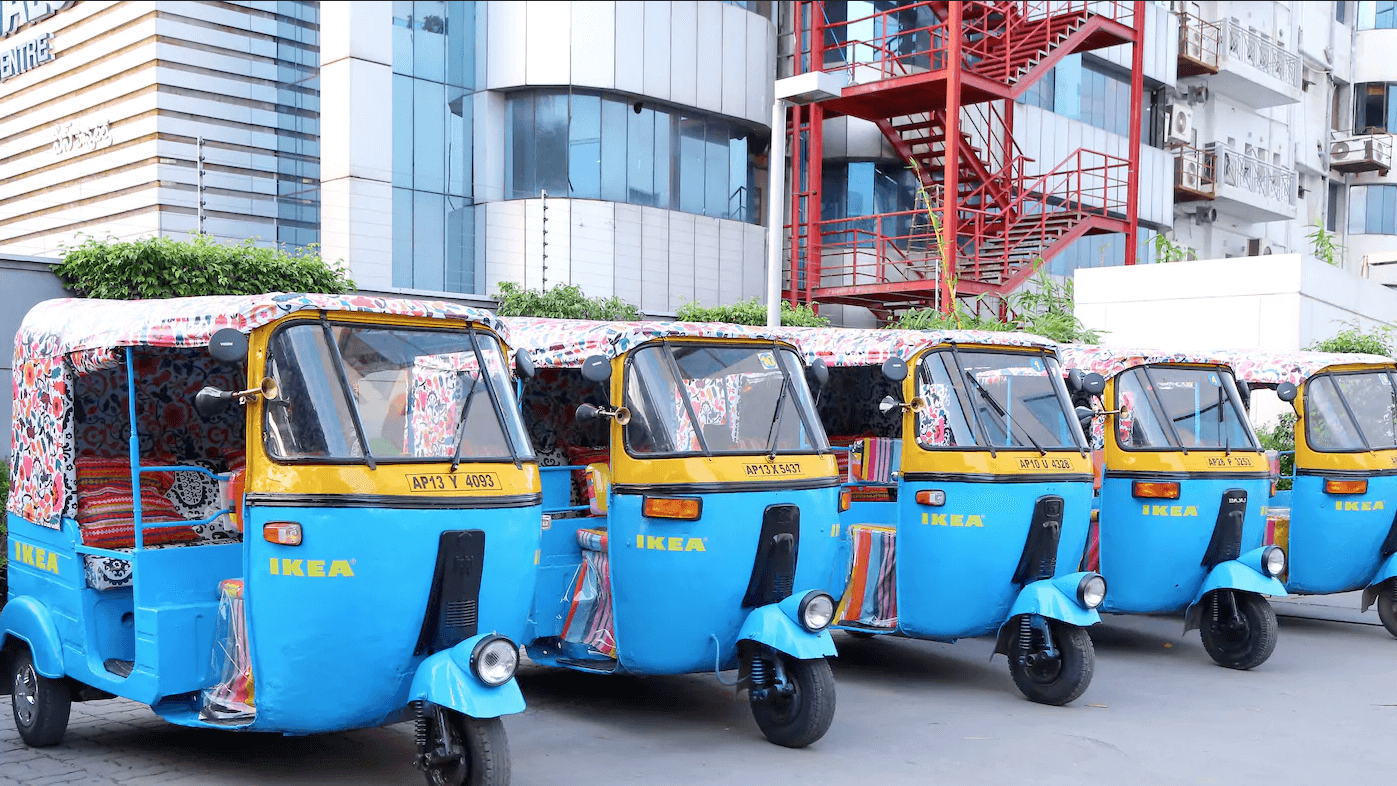 A Multi-channel Strategy Is Key

The second important factor to keep in mind is that India’s distribution & retail ecosystem is a somewhat unique mix of modern (now includes e-tail as well) and traditional. Even in 2019, as much as 89% of total merchandise retail spending in India is done through traditional ‘mom & pop’ stores (numbering around 16-17 million) that are spread across 5500 towns and about 600,000 villages. The share of modern ‘brick & mortar’ stores is just about 8% and that of e-tail just about 3%. More importantly, even by 2025, traditional retail channels will still account for nearly 82% of total merchandise consumption in India.

Hence, brands that have an aspiration to build a large business in India should – from the very start – have a multi-channel strategy (different from the buzzword omni-channel). A related factor is also that India’s merchandise spending is highly clustered, and hence the top few cities (depending upon the product category and its price-positioning, these could be just 5-6 to perhaps 60-70) account for a very large share of consumer spending. Hence, the geographical reach strategy must be very carefully worked out before the brand is launched in India. 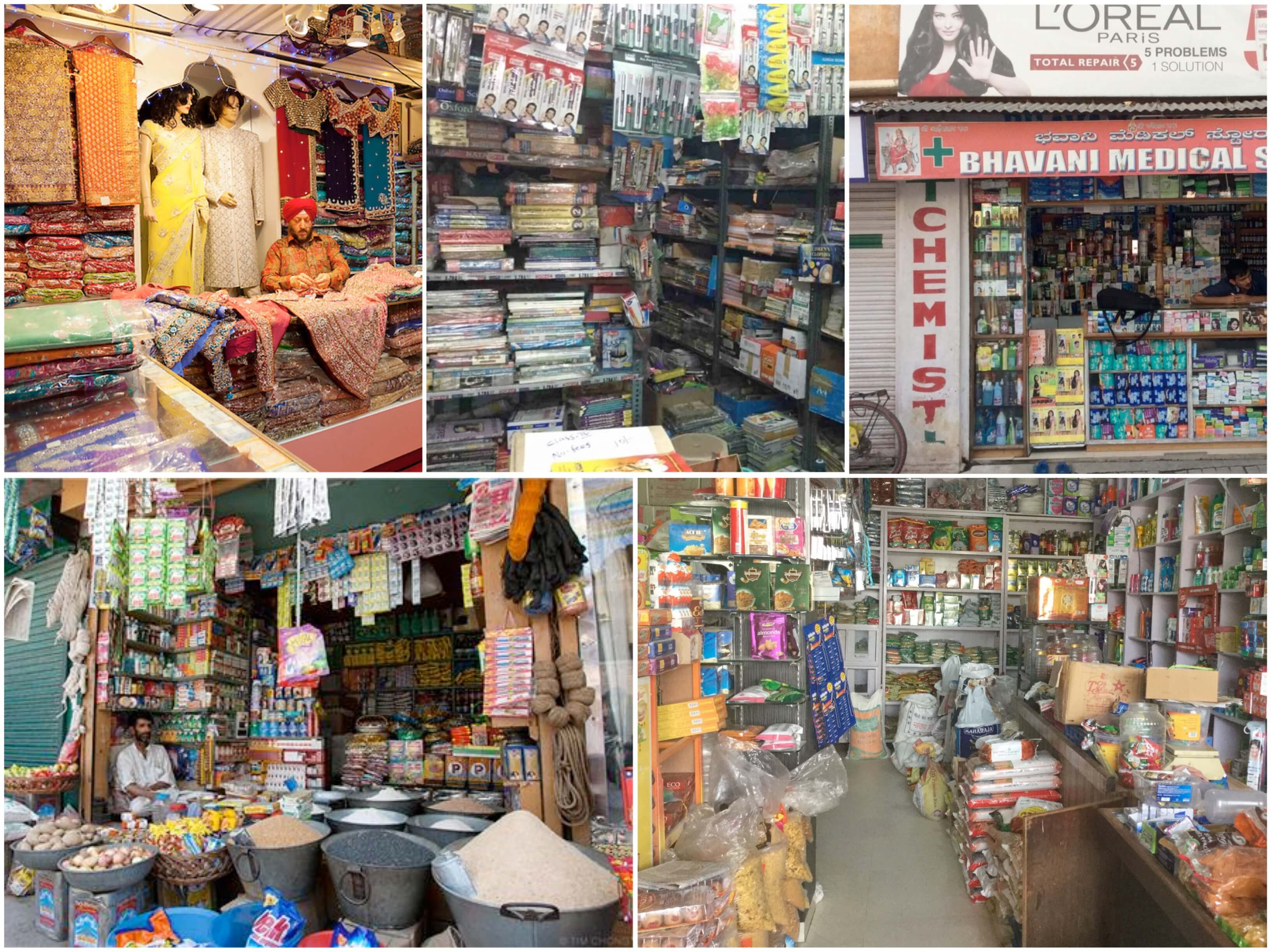 The third important factor is the absolute need for localisation of the business and the product offer. This localisation includes the Indian business organisation, the product mix, price points, supply chain, distribution & retail channel, brand building, and communication (message and the medium).

For the first cohort of companies mentioned in this article, such as Bata, Hindustan Unilever, and Colgate, a typical Indian consumer could be excused in their belief that these are Indian companies with Indian brands and products. In the second cohort, one of the primary reasons for those who failed or are still struggling is their unwillingness or inability to build a business ‘for India’ rather than merely importing one into India with their ‘global learning, best practices, and systems’.

Localisation does not mean creating a completely new product for India but rather, creating a business organisation and an operation that is built to handle the Indian opportunity, its complexities, and its many unique challenges.

A Growth Market for Global Brands

It may appear to be a very big ask for global brands (and companies) that are not yet in India. It may therefore help to know that India’s current (merchandise) retail market is about US$ 825 Billion in size. With a 6% real GDP growth rate and 4% consumer price inflation, this translates into a nominal growth of about 10% (assuming no exchange rate fluctuations) thereby likely to touch or exceed US$ 1,300 Billion by 2025. And even though per capita incomes are still abysmally low, in absolute terms, this consumer spending is now increasing across all major product categories (beyond food, clothing, and footwear) that include personal care, consumer durable goods and electronics, furniture, home improvement and home décor, and health & wellness etc.).

Hence, for most global brands who are not yet in India, it may merit a closer look to study (or revisit any earlier studies) the specific opportunity for them and then take a better informed ‘Go – No Go’ decision. There are enough case studies of successes, the still-struggling, and the failures that can provide some valuable insights.

Arvind Singhal is Chairman and Managing Director of Technopak, one of India’s leading management consulting firms advising across a wide range of sectors, including retail, fashion, textiles and apparel and education. He has previously contributed regular columns for the Business Standard and the Economic Times. Read more of his work here and connect with him on LinkedIn.